Scoliosis affects people of all ages, but when the condition is discussed, talk tends to center on adolescents and sometimes adults. However, scoliosis also affects young children, well before they have reached adolescence. This type of scoliosis is known as pediatric scoliosis.

Technically, adolescents are in the pediatric phase of their lives, but the way scoliosis affects their bodies is different than how it affects those who have not yet reached adolescence. Additionally, there are numerous lifestyle differences between young children and those who have reached the stage of adolescence. This distinction is important for parents to understand as they move forward and seek treatment options. 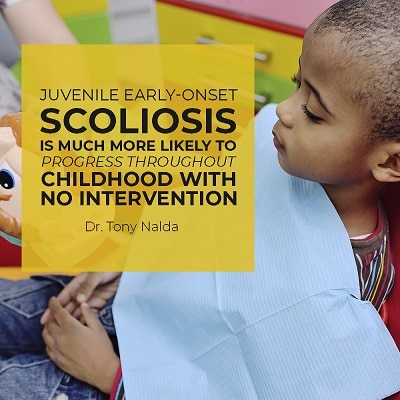 What I want to shed light on is what is known as juvenile early-onset scoliosis, which occurs in children between the ages of three and ten. It differs from both infantile scoliosis and adolescent scoliosis, even though all fall under the umbrella of pediatric scoliosis. In the case of infantile scoliosis, some data shows that small curves can resolve themselves, though no one can be sure which curves will progress and which ones will resolve; consistent management is still recommended. Juvenile early-onset scoliosis is much more likely to progress throughout childhood and well into adulthood with no intervention. That being said, the individuals who have the most growing to do are usually the ones who experience the greatest risk of progression. Scoliosis tends to become worse during periods of physical growth, so it affects younger people who have not yet hit their adolescent growth spurt potentially more than anyone else. That is why pediatric scoliosis — and juvenile early-onset scoliosis, in particular — should be taken very seriously.

Before I get into my five facts about pediatric scoliosis, I think it is important to spend a bit more time demystifying scoliosis progression.

For young people and their parents, scoliosis progression is a fairly mysterious issue. But there are some key factors that can help patients and parents understand it better:

As you can see, scoliosis progression is not nearly as mysterious as it might seem, initially. While it may be difficult for the average person to understand, doctors and chiropractors who have received scoliosis-specific training are well versed in the nature of progression.

To help you further understand the impact and reality of pediatric scoliosis, here are five facts that should enhance your comprehension of the condition.

Fact #1 — Early Diagnosis is Essential for the Best Outcomes 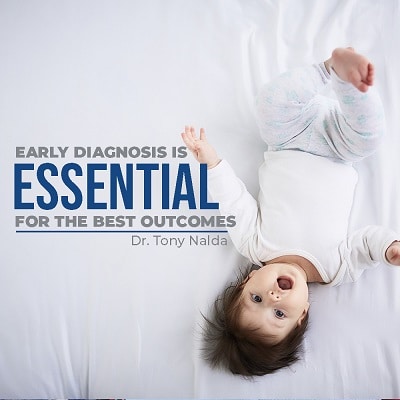 While this is true for scoliosis patients of any age, it is especially critical for those under the age of 10. Parents need to pay close attention to their children during these crucial years of life and watch for signs of scoliosis such as uneven shoulders or hips. The signs can be subtle, so parents and regular caregivers are uniquely suited to be aware of body changes that could indicate the presence of scoliosis.

When scoliosis is detected early, it can give parents and medical professionals the opportunity to develop the most effective treatment plans. Because abnormal spinal curvatures tend to progress over time, the sooner the condition is detected, the better. And when scoliosis is diagnosed before the crucial age of the first major growth spurt, the potential for healing and reducing curvatures has very few limits.

Keep in mind, though, that early detection does not always guarantee better outcomes. Even when guidelines are followed and observation is done regularly, a lot of progression can happen over the course of a year.

Scoliosis in children is also a pain-free condition, in most cases. Children are unlikely to complain about the effects of an abnormal curvature if they do not feel pain. Nor are they likely to notice changes in their bodies that may indicate the development of the condition. That places the burden on parents to be extra aware of what their children are going through.

Another factor to consider is the reality that children become more private and less likely to reveal aspects of themselves to adults as they get older and approach adolescence. Opportunities to notice the presence of scoliosis dwindle over time as parents stop dressing and bathing their children. A routine exam or checkup may lead to the diagnosis of the condition, but if a parent or caregiver can notice the early signs as soon as possible, diagnosis — and treatment — can happen sooner than later.

Fact #2 — Surgery Is Not an Option

In my opinion, surgery for scoliosis should be avoided, if at all possible, in any case. But when it comes to juvenile scoliosis, even the medical establishment agrees with me. Surgery is usually not recommended until a patient reaches the early teen years, after they have experienced their growth spurt. It is best not to perform surgery until the teenage years because surgery at younger ages can be more complicated — it can stunt growth and create conditions where multiple surgeries become necessary.

Although the medical establishment will generally not recommend surgery for juvenile scoliosis patients, the traditional treatment path still leads to the operating table. Once the condition has been diagnosed in a child, doctors will usually proceed cautiously, tentatively and in a manner characterized by inaction instead of action. This entails a great deal of simply watching and waiting, with examinations happening at regularly scheduled intervals. Traditional bracing apparatus are sometimes prescribed in the hopes of stopping a progression, but beyond that, the traditional model of treatment has patients biding their time until their curvatures progress to the point where surgery becomes a justifiable option.

Fact #4 — Children with Scoliosis Benefit from an Active Lifestyle

Sports, physical play and exercise are extraordinarily important for the lives of children with scoliosis. Juvenile patients who avoid physical activity run the risk of losing mobility and strength over time, which decreases the chances of treating the condition effectively. Exercise can increase bone density and make the body healthier, overall. This helps with other conditions of the skeletal system, such as osteoporosis, as well. Girls are at a much higher risk of developing osteoporosis than boys, so parents need to especially encouraging when it comes to sports and exercise for their female children.

Although no scientific studies have been performed specifically on juvenile patients who experience chiropractic-centered treatment, I can tell you that it is highly effective, based on my experience.

The approach I believe in helps patients avoid surgery later in life, and it ensures that they develop in as healthy a manner as possible. With children, treatment can be quite challenging. They have a long road ahead of them, and the process requires a strong commitment from not only the patients themselves but their parents, loved ones and caregivers. Moreover, children are not always equipped to understand the nature of scoliosis and the reasons for the treatments they receive.

Nevertheless, the benefits of treating juvenile early-onset scoliosis using the chiropractic-centered approach are potentially tremendous. I urge parents to help their children develop willpower and routines that keep them practicing healthy habits. Yes, watching and waiting may be much easier, and it is endorsed by the traditional model of treatment. But it increases the risk of progression and the likelihood of a surgical recommendation. With the chiropractic-centered approach, we help children and parents avoid expensive and invasive surgical procedures. It is hard work. My patients and I agree that it is well worth the effort, though!